Skip to content
Home > About WIA > Board Of Directors

The Wireless Infrastructure Association represents the companies that make up the wireless infrastructure ecosystem in the United States. Members include wireless carriers, infrastructure providers, and professional services firms that collectively own and operate more than 135,000 telecommunications facilities around the globe. Through public affairs and advocacy efforts – on the local, state and federal level – WIA works to support the widespread deployment of the wireless infrastructure in order to deliver broadband access to all citizens and communities.

The following Board of Directors helps WIA accomplish its mission to help our members succeed in enabling wireless communications. 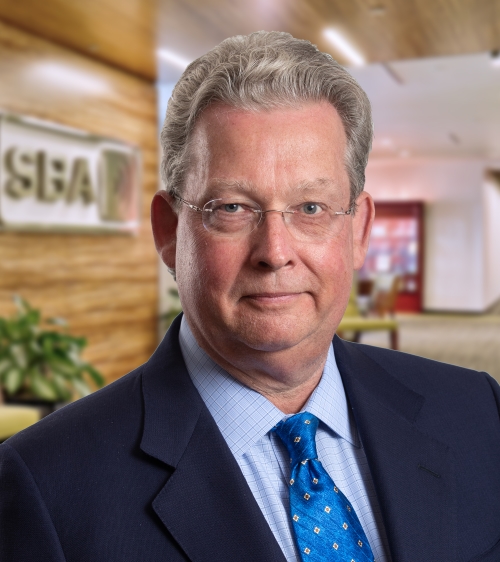 Jeffrey A. Stoops
Chairman of the Board
President & CEO
SBA Communications Corporation

Jeffrey A. Stoops is President and Chief Executive Officer and a director of SBA Communications Corporation. He has been CEO since January 1, 2002. He was appointed President in April 2000, and has been a director since August 1999. Mr. Stoops served as CFO from December 1998 to April 2000. He joined the company in March 1997 as Senior Vice-President responsible for finance, capital market activities, mergers and acquisitions, and legal matters of the company. Prior to joining SBA Communications, Mr. Stoops was a partner with Gunster, Yoakley, a Florida based law firm, where he practiced for thirteen years in the corporate, securities and mergers and acquisitions areas. He received his Bachelors of Science and Juris Doctor degrees from Florida State University. 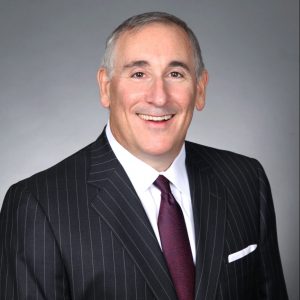 Alex Gellman is the Chief Executive Officer of Vertical Bridge Holdings L.L.C., the largest private owner and operator of wireless communications infrastructure in the U.S.

Prior to co-founding Vertical Bridge, Mr. Gellman was President and COO of Global Tower Partners, the largest privately-held tower company in the United States. Mr. Gellman was instrumental in the sale of Global Tower Partners to American Tower Corporation in 2013 for over $4.8 billion. Previously, Mr. Gellman has been involved in a number of successful ventures, including Sonitrol Corporation, a leading provider of verified electronic security in North America where he served as President and COO until its sale to Stanley Works.

Mr. Gellman earned an MBA in Finance and Accounting from The Wharton School of the University of Pennsylvania, and a BS in Biology from Tufts University. 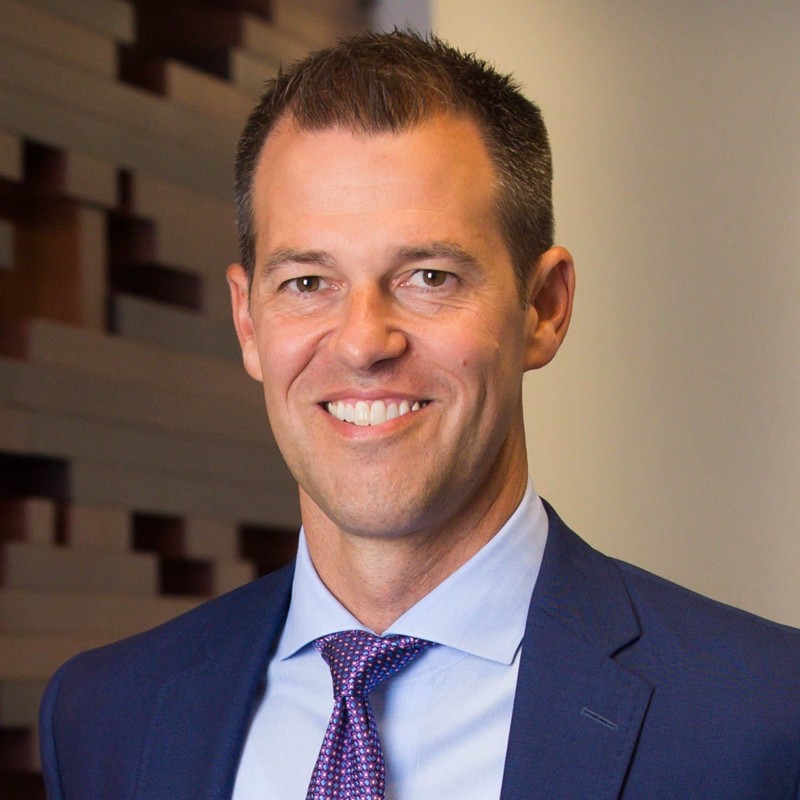 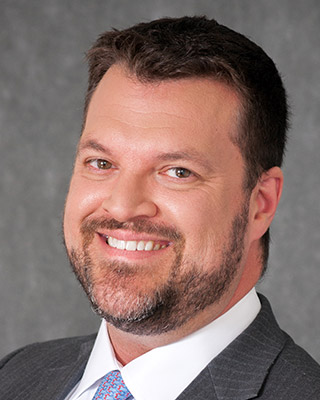 Mr. Vondran joined the Cellular Telecommunications Industry Association (CTIA) Board in September 2018, and, in October 2018, he joined the Board and of the Wireless Infrastructure Association (WIA).

Prior to joining American Tower, Mr. Vondran was an associate at the law firm of Lewellen & Frazier LLP, served as a telecommunications consultant with the firm of Young & Associates, Inc., and was a Law Clerk to the Hon. John Stroud on the Arkansas Court of Appeals. He received his J.D. with high honors from the University of Arkansas at Little Rock School of Law and a Bachelor of Arts in Economics and Business from Hendrix College. 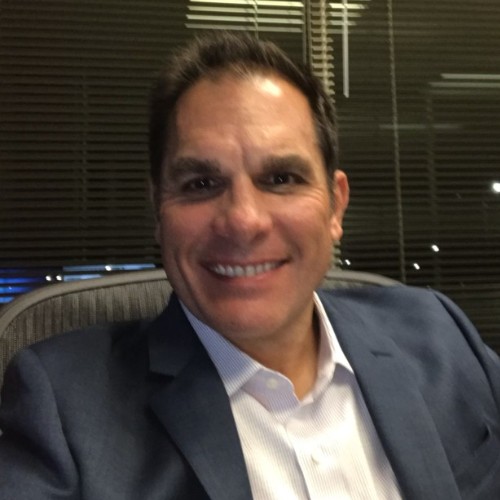 Todd Boyer is the Chief Executive Officer of TowerCo and manages the overall operations and business activities.  Before becoming CEO in 2018, Todd had been involved in leading the Sales & Business Development efforts for Colocation & Build To Suit for 13 years, as well as spearheading the site development for new tower builds and tower acquisitions.

Prior to coming over to TowerCo, Todd held several management positions at SpectraSite Communications, which was later acquired by American Tower.  He served as Director of Strategic Site Development, Director of Sales for the Northeast & West Region and as National Sales Manager. 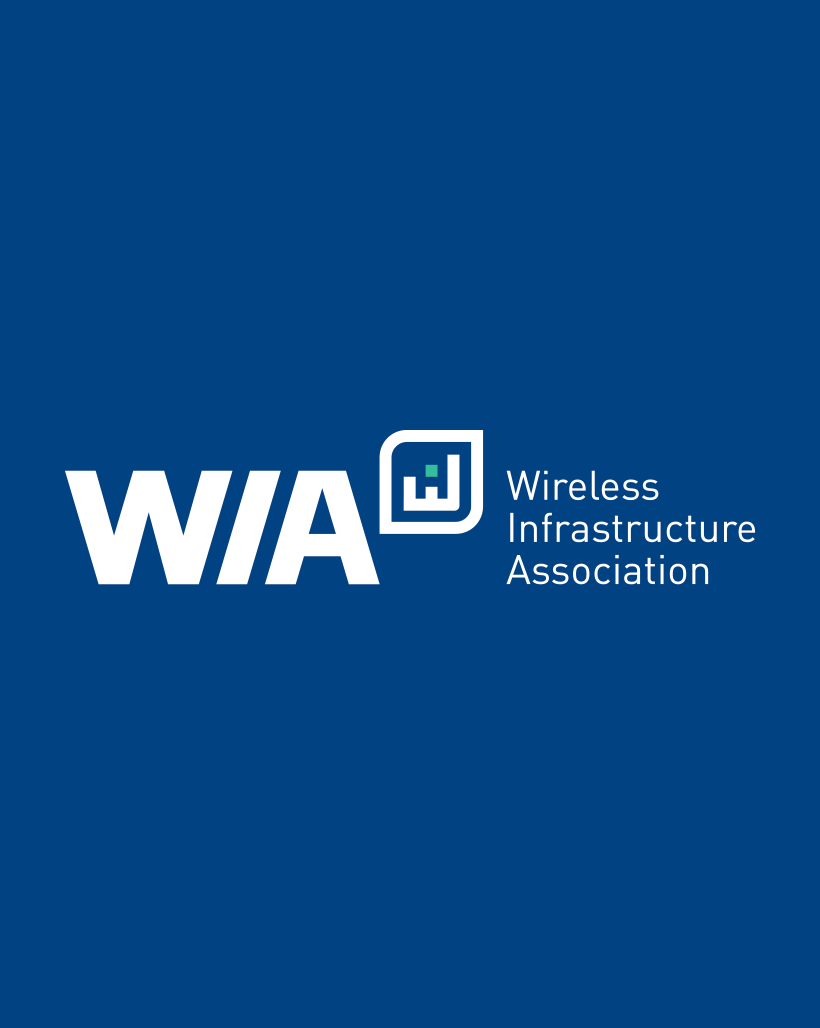 Mr. Farscht has been involved in the wireless services industry and the wireless infrastructure industry for more than twenty years. He is experienced in all aspects of the tower industry including tower ownership, colocations, tower development, tower and site management, and land and tower acquisitions. Prior to founding Diamond Communications LLC in 2006, Mr. Farscht was a senior executive at AAT Communications. Prior to AAT, Mr. Farscht was a Managing Director at Bear Stearns and held previous positions with CIBC World Markets and Citibank in investment banking with significant experience working on principal transactions. He is a graduate of Rutgers University and completed his MBA at Columbia University Business School. 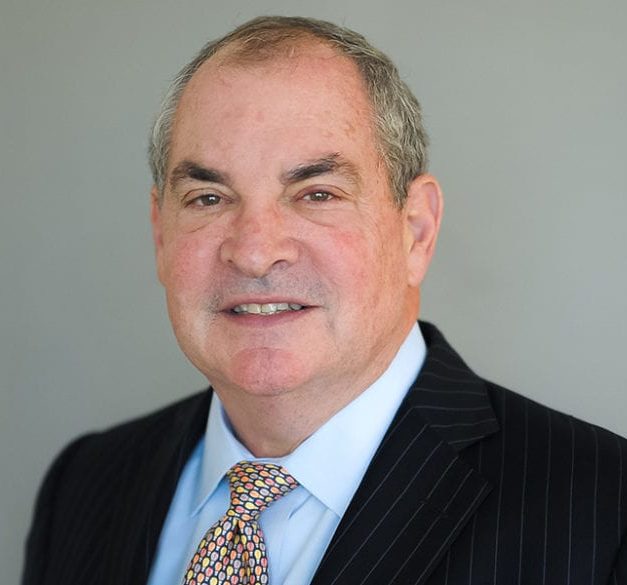 David E. Weisman is the co-founder and co-managing member of Infra Holdings, LLC. He has been engaged in the wireless industry as an investor, executive and attorney for more than 40 years. He was the co-founder and CEO of the InSite Wireless Group, LLC until its sale to American Tower in December, 2020. Prior to InSite, he was a co-founder as well as President and CEO of Mountain Union Telecom, LLC from 1999 until its sale in 2006. Prior to founding Mountain Union Telecom, LLC, he practiced law in Washington, DC.

Tom Kane has been with NB+C for 25 years and after several roles of increasing responsibility currently serves as its CEO. Tom manages the overall operations and resources of NB+C, and oversees all high-level strategic decisions that direct the overall growth of the company. Under his leadership, the company has experienced significant growth, launched several new business units, and expanded its geographic reach.

He was also a principal in the company’s tower subsidiary, Network Towers, LLC, a development company that successfully built 90 communication towers across six states. The tower portfolio was sold to a public tower company in 2006.  In 2007, Tom utilized the company’s tower development capabilities and backlog to lead a successful management buyout of NB+C, creating a 100% management-owned LLC.

Tom is currently treasurer of the MD-DC Wireless Association, and he served for six years on the board of directors for the Juvenile Diabetes Research Foundation (JDRF) – Maryland Chapter. He is also a member of the Young Presidents Organization (YPO) Washington, DC/Baltimore chapter, and currently chairs the Workforce Development Committee for WIA.

Tom received his bachelor’s degree in English literature with a minor concentration in business management from the University of Maryland at College Park and also currently serves on the Board of Directors of his alma mater, DeMatha Catholic High School in Hyattsville, Maryland. 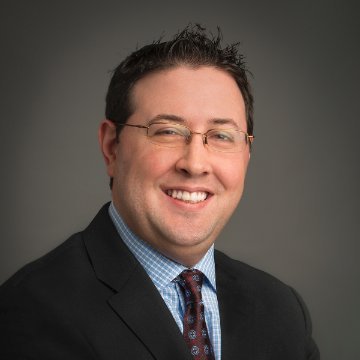 As founder and CEO of Phoenix Tower International, Mr. Kasavana guides the strategic direction of the company, oversees capital investment and sales, development activities across various countries and transaction types, and leads all other significant corporate initiatives, personnel matters, financial oversight and day to day operational matters for the business. Mr. Kasavana founded PTI with a focus on transparent, mutually beneficial transactions and business with its customers, landlords, wireless site developers, owners, and owners of infrastructure and the communities PTI does business in as well as the development of a scalable platform to own and operate wireless infrastructure across multiple international markets and product classes. Today, Phoenix Tower International owns and operates towers multiple countries across North America, South America, the Caribbean and Europe including the United States where it is a leading tower operator.

Prior to founding Phoenix Tower International, Mr. Kasavana was Senior Vice President of Mergers & Acquisitions for Global Tower Partners from 2006 to 2013. In that role, he was responsible for overseeing all mergers and acquisitions conducted in both the United States and Latin America, including the negotiation, closing, and integration of the acquisitions of thousands of towers and other wireless infrastructure. During his tenure, he played a key role in the growth of the company and oversaw more than $1.5 billion deployed towards the acquisition of wireless infrastructure.

Prior to GTP, Mr. Kasavana worked at Ernst & Young, LLP in auditing (1998-2004) where he practiced as a Certified Public Accountant and transaction advisory services (2004-2006). He specialized in providing expertise to clients in the areas of technology, wireless infrastructure, manufacturing, and telecommunications.

Mr. Kasavana graduated from Fairfield University with a Bachelor of Science degree in accounting. 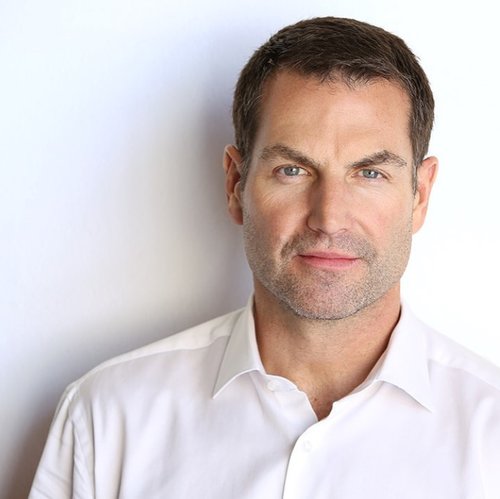 Len Forkas, a serial entrepreneur and 20-year veteran of the wireless infrastructure industry,founded Milestone Communications to serve as the bridge between wireless carriers and public landowners.

Len became intrigued with wireless tower development during his career in commercial real estate. He started at Oxford Development Corporation and Winchester Homes, and then joined a major bank where he oversaw a 900-acre, mixed-use community.

Undaunted by the prospect of entering a new industry, Len launched Milestone in 2001, focusing on a handful of projects in Northern Virginia. Under Len’s leadership, Milestone grew into a well-respected developer that today has partnerships with over 50 municipal, school and utility landowners throughout the Mid-Atlantic region.
In 2002, Len founded Hopecam, Inc., a nonprofit that uses video technology to connect homebound children undergoing treatment for cancer to their friends at school. He stays active in Hopecam, serving as the chairman for the charity’s 15-member Board of Directors.

Len, a popular leadership speaker, is the author of What Spins the Wheel, a book that shares team-building lessons he learned while competing solo in Race Across America (a 3,000 mile, coast-to-coast event described as “the toughest bike race in the world”).
An active member of the Wireless Infrastructure Association (WIA), Len serves as a co-leader of the IDF, the association’s peer group for entrepreneurs in the wireless tower industry. Hereceived an MBA from The American University and graduated from the College of Architecture at Ball State University. 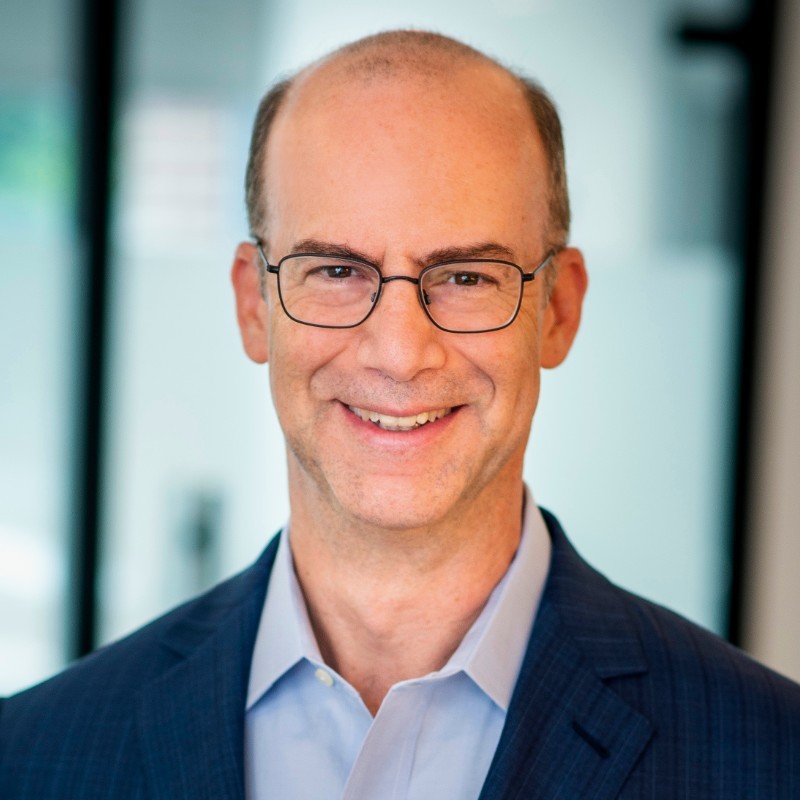 Jonathan S. Adelstein is the President & CEO of the Wireless Infrastructure Association. WIA represents over 200 companies devoted to building wireless broadband facilities that connect every corner of America. Since he became President in 2012, over 100 new members have joined the association, the annual wireless infrastructure show has broken participation records, a new association was formed in Europe, and a new nationwide training initiative and WIA PAC were launched.

WIA is the principal organization representing the companies that build, design, own and manage telecommunications facilities throughout the world. Its over 200 members include carriers, infrastructure providers and professional services firms, with a combined market cap of over $400 billion.

Mr. Adelstein served as Commissioner of the Federal Communications Commission (FCC) from 2002 to 2009, for which he was twice nominated by President George W. Bush and confirmed by the U.S. Senate. At the FCC he achieved bipartisan progress on issues including broadband expansion, widening access to the Internet and media diversity.

In 2009, following the FCC, Mr. Adelstein was nominated by President Barack Obama and confirmed by the Senate to serve as the Administrator of U.S. Department of Agriculture’s Rural Utilities Service. There, he oversaw a $60 billion portfolio of rural electric, water, and telecommunications infrastructure loans. He spearheaded the strategic investment of nearly $7 billion under the Recovery Act into rural broadband and water infrastructure, as part of annual budgets of up to $15 billion. As a member of the Obama Administration, Mr. Adelstein was appointed as a member of the White House National Science and Technology Council, which coordinates science and technology policy across the Federal government, and the White House Business Council, leading Council meetings with business leaders across America.

Previously, Mr. Adelstein held a number of legislative staff positions over 15 years in the U.S. Senate, culminating as a senior policy advisor to the Senate Majority Leader. Mr. Adelstein received an M.A. in History and a B.A., with Distinction, in Political Science from Stanford University. He attended the Kennedy School of Government at Harvard University, and served as a Teaching Fellow in history at Harvard University and a Teaching Assistant at Stanford University. He is a graduate of Phillips Academy, Andover.

He was born and raised in Rapid City, South Dakota. An avid musician, he has performed with artists from local garage bands to members of the Rock and Roll Hall of Fame. He currently lives with his wife and two children in the Washington, D.C. area.